How Do We Hear?

The Outer Ear
The outer ear includes the pinna (part outside your head), ear canal and eardrum. The role of the outer ear is to channel sounds from the environment to the middle ear.

The Middle Ear
The middle ear is an air filled cavity that contains the three smallest bones in the human body. The role of these bones is to send the sound waves from the eardrum to the inner ear.
The Eustachian tube keeps the air pressure in the middle ear equal to that of the surrounding environment.

The Inner Ear
In the inner ear, sound is processed by the cochlea. The role of the cochlea is to convert the sound wave vibration into a signal to send to the brain. Inside the fluid filled cochlea are lots of tiny hair cells. When the fluid inside the cochlea is displaced by the sound waves, the hair cells bend. This triggers a chemical response which transmits the message to the area of the brain in charge of processing and interpreting what we hear. Balance is processed within the inner ear in the part called the semi-circular canals. 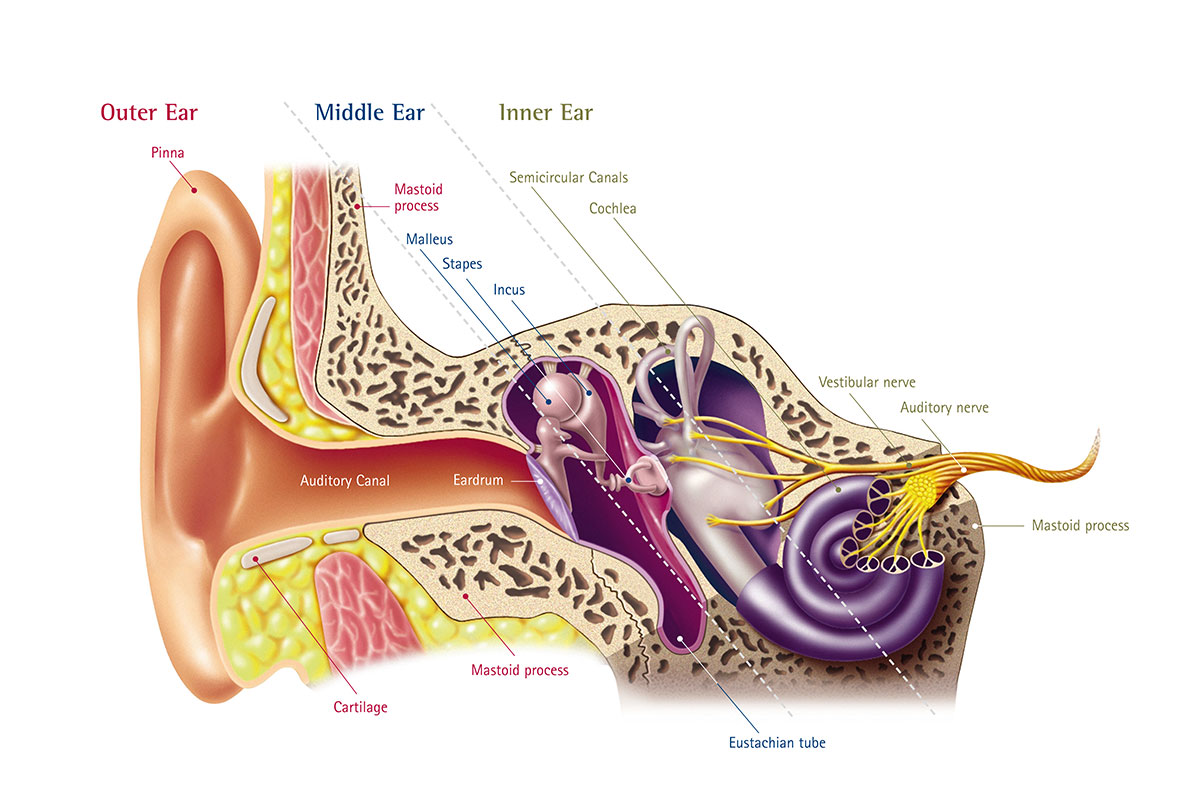